One of the most common questions asked about the Polar Express is ‘what is the boy’s name on Polar Express’? The answer is, no-one knows! He is never named in the film and in the credits, he is referred to only as ‘Hero Boy’. Here is a list of some of the main Polar Express characters.

Hero Boy is the Doubter in all of us. In his crucial year, he is taken on a magical journey full of adventure. On the way to the North Pole he encounters many people who challenge his lack of belief. By the end of the film he discovers the true magic of Christmas. Hero Boy is recognisable from his bright yellow pyjamas!

Know-It-All is an expert on trains, who has been described as annoying and materialistic. He appears to be a little entitled and learns a valuable lesson about patience and humility during his visit to the North Pole. But who plays the annoying kid in Polar Express? He is one of the characters not played by Tom Hanks! Instead, he is voiced by the actor Eddie Deezen.

Hero Girl is confident, but she is also sensitive and caring. She looks out for one of the other children on the train who is too scared to join in. She takes him a cup of hot chocolate and leaves her ticket in the process, setting in motion the central plot of the film. Hero Girl has black hair and a pink nightie. She and Hero Boy work together to fix the problems they encounter on their Christmas Eve journey.

The Polar Express characters are some of the most iconic Christmas Characters. Who have we missed off this list you would like to see? Be sure to let us know!

We are pleased our guests on average have scored us as a 5 star event on Facebook! View our reviews by clicking on the links below! 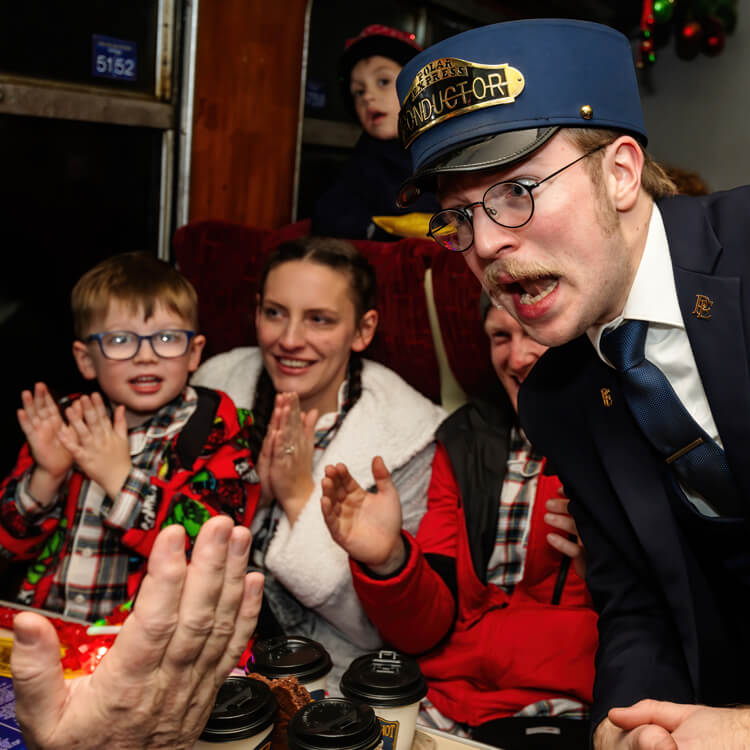