Is the Polar Express Sold Out?

The Polar Express Train Ride at Wensleydale Railway has officially sold out! Over 40,000 passengers will receive their Golden Tickets to the most magical train ride of all this Christmas, departing from Yorkshire and travelling all the way to the North Pole and back again in just an hour.

The Conductor is busily practicing his ticket clipping (and checking a thesaurus for inspiration!). The chefs are perfecting their cookie recipes with the help of some ticket elves. And Santa cannot wait to greet all the children who are making their way to see him on the Polar Express this Christmas.

However, what about those of you who missed out on tickets to Yorkshire’s Polar Express event? You’ll be very pleased to know that all hope may not be lost of catching the Polar Express. The creators of Wensleydale’s event are also behind several other Polar Express Train Rides across the UK.

To guarantee the same magical experience, why not plan a weekend break to one of our sister locations? Check out what the amazing Flashpacking Family have to say about the Polar Express here.

Nestled in the scenic Oxfordshire countryside, Cholsey & Wallingford is the perfect place for a family getaway. Half an hour’s drive from the beautiful town of Oxford, there’s plenty of accomodation options. You’ll be a train ride away from London and Birmingham, and within day-tripping distance of Cardiff. As you travel by magical steam to the North Pole, you’ll catch glimpses of the stunning Oxfordshire countryside.

Why not combine your visit to the Polar Express at Cholsey and Wallingford Railway to one of the other local attractions? The Story Museum in Oxford is a popular choice if you want something else to entertain the little ones, or there is the Oxford Christmas Market running 9-19th December. Closer to the railway, Wallingford was the home of Agatha Christie and there is a trail running through the town (details of which can be found on the Town Council’s website).
With lots to do for all the family, The Polar Express at Cholsey and Wallingford Railway is the perfect place to book a Christmas escape.

You might think Devon’s beautiful scenery is best viewed in the summer heat, but Santa happens to think the beaches are at their nicest covered in snow. We can’t guarantee the snow, but we can guarantee that the magical The Polar Express at South Devon Railway is steaming in to take you all on a magical adventure to the North Pole.

South Devon Railway shares its space with the Otter and Butterfly Sanctuary, which is open throughout the Christmas season. This means there’s more family fun right on the Polar Express’ doorstep.

There’s also the beautiful Buckfast Abbey, and the towns of Plymouth and Exeter around half an hour away for some last minute Christmas shopping.
Even though a sea swim might not be on the cards, The Polar Express at South Devon Railway makes a trip to the beautiful Devon coast even more magical this Christmas.

If your family are nature lovers, the ‘Secret Garden of England’ in Tunbridge Wells is the perfect place to catch the Polar Express. With beautiful gardens to explore and a town adored by Queen Victoria herself, Tunbridge Wells has a lot to offer. But it’s crown jewel is The Polar Express at Spa Valley Railway!
Ashdown Forest, the home of Winnie the Pooh and inspiration for the Hundred Acre Woods is nearby. If your family are the adventuring type there’s also the Gruffalo Trail and Go Ape.

With plenty of museums and farms in the local area, and London just an hour away by train, you have plenty of options to entertain the family, as if the Polar Express itself isn’t enough of a pull!
Golden tickets for The Polar Express at Spa Valley Railway have been so popular we’ve put extra tickets on sale, so don’t delay – get yours today.

Check out Flashpacking Family for more inspiration of what to do in the local areas once you’ve booked your tickets.

Take a look around 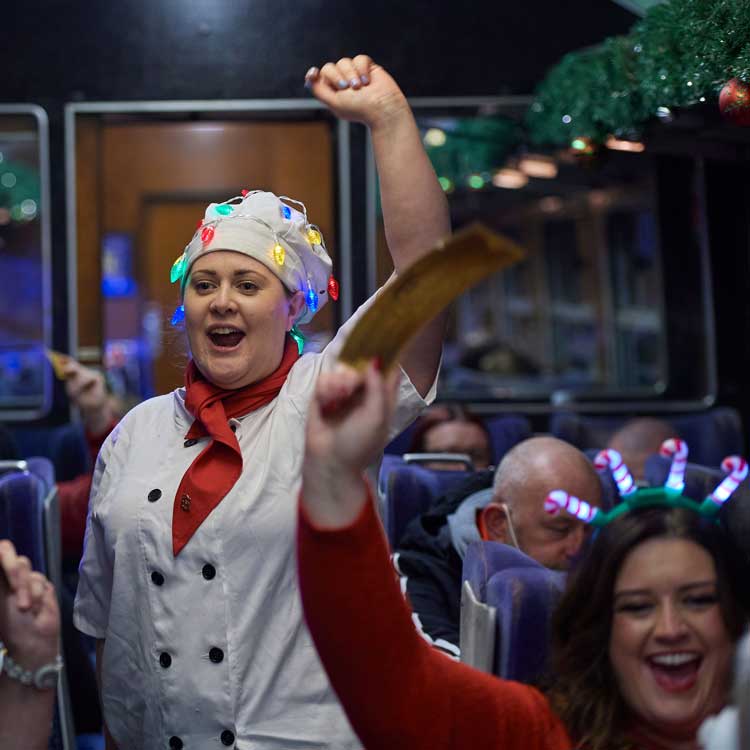